END_OF_DOCUMENT_TOKEN_TO_BE_REPLACED

Cohesive Networks and its Application Security Controller “VNS3” have plotted a course to customer success that was “born in the cloud.” Since VNS3 did not start life as a piece of “metal” we have been able to respond to customer needs in a way that legacy network providers could not.

One of these responses is our pricing, which is dictated by the network complexity (and is tied to network value) but does NOT include a premium for increased network performance. At the end of the day network performance is tied to the power of the underlying networking hardware. Traditional network vendors have always gotten a “twofer” in this dimension. As the cost of the underlying hardware goes up, the cost of the software inside increases as well. So as you the customer put more money into making the networking software perform faster, the vendor gets paid a premium as well.

You can make the argument that the larger machine lets you run that many MORE connections, so it is implicitly a value/price per connection….which in some uses cases may be true. But what if you have a “small network” that you want to run at maximal performance? What then?

To make the point here is a popular legacy vendor’s cloud router pricing:

As the instance size goes up from t2.medium to c4.4xlarge, the AWS price per hour goes up 75 cents per hour and the network vendor’s price goes up $1.87 per hour! The vendor ends up charging more than double for increased scale than Amazon.

I would argue this is an artifact of “metal thinking” – and is necessary to avoid dramatic negative effects upon the “on the ground” pricing where such pricing has been the norm.

Cohesive instead lets you start with a small network and scale up the complexity of your network. If that network complexity does not grow we do not TAX you for the money you spend to increase that network’s performance.

Here is our Lite edition pricing for comparison: 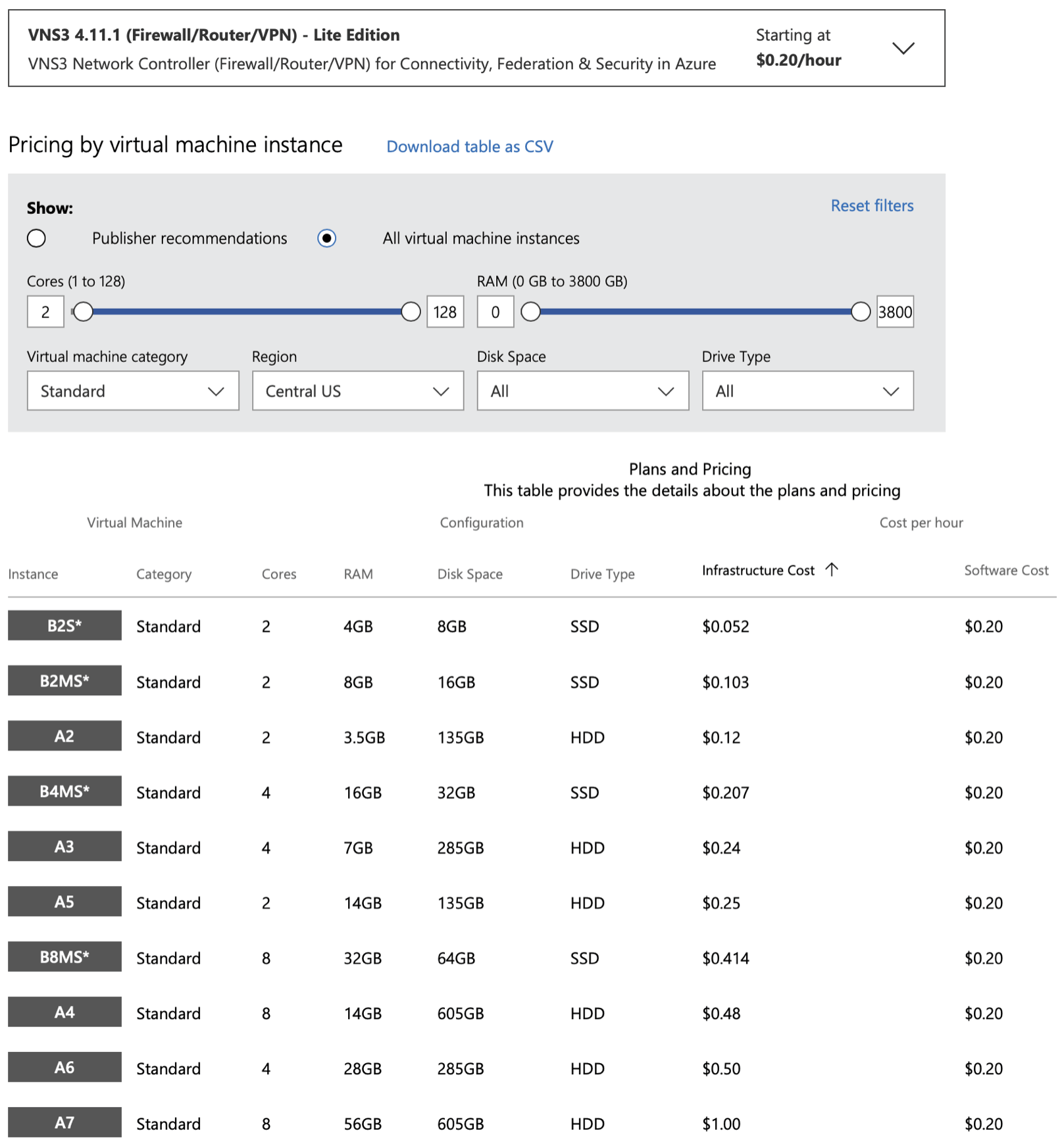 As the infrastructure price goes up the VNS3 network appliance price is flat.

As the size of your network grows, your price per hour grows for the VNS3 value. Our experience is that at scale we tend to be about ½ the price of the cloud vendor platform functions, without even taking into account the flexible work value creation that comes from visibility, support, plugins, and more.  And if that isn’t enough, we usually come in at 1/3 to ¼ of the price of the “metal makers” at scale since we do not ever have to defend our “ground based business.”

Give it a test drive – see how the price/performance curve feels to you.

On the topic of “ground based business” – Cohesive will be making a metal device for data center DMZs or corporate office locations.  We would expect for many customer deployments the price would be…..FREE! And for others it would be at cost of goods + 10%. Think of a piece of metal with many more capabilities than a Cisco ASA or Meraki – but you know, free. Let us know if you want to know more about that in future.