END_OF_DOCUMENT_TOKEN_TO_BE_REPLACED

This week was the final AWS Summit for the Cohesive Networks team. We’ve been to this year’s London, Chicago, and New York Summits in 2017 and had a few thoughts from the events.

London, at the end of June, was the first summit for the Cohesive team. The biggest trend I noticed was the marked difference in conversations for the AWS Summit in London last year. Last year, I noticed most attendees were just starting to consider cloud and AWS and had not actively started using any IaaS technology. This year, by contrast, so many conversations jumped right into cloud use cases, from network connectivity concerns to encryption in transit. Not only are people using cloud but they are seeing the need for VNS3’s enhanced network and security.

I had a long talk with a pair of website and app developers who wanted to segment their AWS subnets for added network security. Another wanted to add more VPN endpoints to his VPC regions. Several conversations about VNS3 also involved Azure, which was a big surprise. Not only are Londoners actively using AWS but they are already embracing a multi-cloud hybrid approach.

One thing that was unique and helpful in London was their Marketplace seller “passport” promotion. Attendees visit 10 booths of AWS Partners that sell products on the AWS Marketplace. Each booth signs the passport and has a chance to chat with attendees who are looking to earn some AWS credits. Once attendees earn 10 signatures, they can turn it in to the AWS Marketplace staff to get $100 of AWS credits. Granted, most just stopped by for a quick hello and signature but it was a great way to meet active AWS users in the crowd in addition to the brave souls who stopped to have a longer conversation. 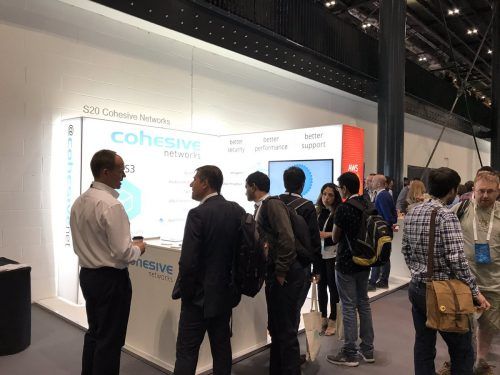 Next stop, Chicago at the end of July. Most of the Chicago Cohesive team was on hand which was a very good thing since the expected crowd of 5,000 was well over 7,000 from our estimates. After hearing rumors of AWS Summit not coming back to Chicago, it was good to see such a big crowd and a 2 day event.

Personally, the best part of the Chicago Summit was getting to see so many local AWS users and partners. I organize the AWS Chicago user group , so many group members stopped by the Cohesive booth just to say hi. AWS account reps and technical leads based in Chicago are becoming more active with the local AWS users. After a long time of not being able to meet with AWS employees in person in Illinois, it’s great to shake hands with real people from Amazon. 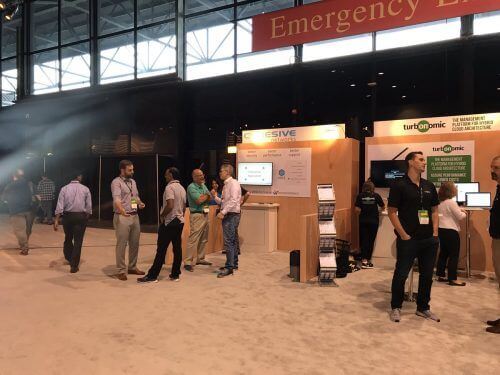 Final stop, New York Summit. This summit was probably a victim of poor timing. A Monday conference in August in NYC is an odd choice. I suspect attendance was lighter than hoped for since everyone I know was taking a last-ditch vacation before school starts up again. Nonetheless, most attendees had connections to banking and financial services and knew they have serious security challenges to solve.

It is always nice to have happy customers walk up and introduce themselves. We had a few in New York immediately say “I use VNS3 and it’s great!” 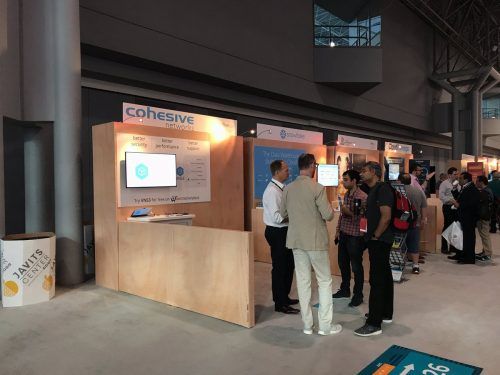 I assume AWS Summit attendees are interested in cloud, IaaS, and AWS in particular so it’s not a full view of the cloud user market. Just from comparing last year to this year in London and Chicago, AWS users are advancing into more technical user cases with cloud, far beyond dev/test and new projects. Attendees at each event had complex use cases for connecting existing data centers, extending cross-region networks, and encrypting data as it travels in shared environments.

AWS Summit Promo just for you!

Now through the end of the year, we’re running a special on VNS3 Lite editions in the AWS Marketplace. Try VNS3 today for free.

Try one instance of VNS3 Lite for 29 days without any cost. There will be no hourly software charges for that instance, but AWS infrastructure charges still apply. Free Trials will automatically convert to a paid hourly subscription upon expiration. See all the details in the AWS Marketplace.