END_OF_DOCUMENT_TOKEN_TO_BE_REPLACED

Along with acting as Cohesive Networks COO and CFO, Dwight is now also the Treasurer of the FBI’s InfraGard National Member Alliance. This week, Dwight is in Dallas to attend the InfraGard National Congress, a meeting for all InfraGard chapters. He is officially sworn in and was even asked to impromptu moderate a session on Insurance for Cyber Security Incidents.

Dwight’s path to InfraGard leadership has been a long time in the making. He began his career post-Masters Degree as one of the founders of the Chicago Board Options Exchange (CBOE) during its early and rapid growth years. He became an EVP, learning from some of the financial and security industry greats. This was Dwight’s first exposure to the challenges of a start-up facing the inertia and monopoly power of the ‘owners’ of the securities industry.

Dwight has been a founder of several software tools and cryptography companies along the way. At O’Connor Associates, which was later acquired by The Swiss Bank Corporation, Dwight become the person responsible for infrastructure architecture, system engineering, network Engineering, and global data center operations for the company’s Trading and Markets Divisions. Dwight saw first hand how mass market retail chips (such as Intel and ADM) eventually eliminated all the expensive custom equipment in the market. The first sector to first to fall was storage, then processing, and now networking as commoditization continues to sweep established sectors. 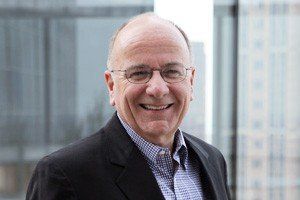